S Club 7 at Ibiza is a 2020 British/American Direct-to-Video Live Action/Animation Hybrid Feature Length Film starring the British pop group, S Club 7. The Film was developed for Studio Canal and Walt Disney enterprises. The Film Reuses footage from the three "Hollywood 7" episodes "The Cousin", "Supporting Parts", "The Vanishing" and "The Return" and footage from the one episode of the "SMTV" parody sitcom "Chums" and has an animated sequence which is considered as a remake of the animated sequence from another Disney film, "Bedknobs and Broomsticks".

The Film was released onto DVD in the UK on 26th Janurary 2020 and sold ten copies around West Yorkshire. The Film last under 73 Mins Apporxinum.

The film starts with S Club 7 being interviewed by Ortiz Deley talking about rehearsing for their tour in Ibiza, the group then stay at a hotel near the airport where they then get interviewed by the hotel manager just before the film shows a music video for "Don't Stop Movin'". After the music video, S Club 7 then Meet Ant, Dec and Cat before they all come face to face with Beanie Brian who later admits that he was told by the prime minister to test people to see if they can be strong enough to stick up for themselves.

The Hotel Manager then gives S Club 7 plenty of time to head to the airport by distracting the rest of the hotel guests. S Club 7 eventually arrive at Ibiza where they meet up with Dean who tells the group about the spanish pop star, Miguel Delgado being on the same tour as them and that they will have a choreographer, Arlene choreographing them for one song much to Tina's jealousy and Bradley's interest. While Jo, Bradley, Tina, Paul and Rachel are getting ready for their performance, Jon and Hannah accidentally knock out Miguel Delgado while they were goofing around the arena.

S Club 7 tired to get Miguel to recover before their performance until they've almost got caught by Miguel's bodyguard. But luckily, Arlene tricked the bodyguard into going to the wrong place. S Club 7 decide to leave Miguel unconscious while they did their performance. After their performance, Miguel then came on the stage, fully recovered, but seem to have amnesia. Shocked about his outcome, S Club 7 ran away from the crowd to hide in a hotel, but the crowd really wanted to get S Club 7's autographs because they didn't like Miguel Delgado stealing their spotlight.

The next morning at 7AM, while S Club 7 were still hiding in the hotel, Jo check outs a tourist journal of Ibiza and notices a section about Santa Eulalia del Rio, a city ruled by anthropomorphic animals that were tested by a relic that belongs to their king and it was used to hypnotize people and animals and cure people from amnesia. So Jo suggests two option, a volunteer to retrieve the relic or dress up in disguise to help Miguel recover from amnesia, so Jon decides to go with the first option and the rest of the group agreed. Before leaving to Santa Eulalia del Rio, Jon and Paul tried to call the hotel manger back at England, but he was having trouble with his car.

S Club 7 proceed with their journey by sneaking through the city fun run competition and then eventually, they arrived at their destination until they meet up with a bear who was about to go sailing. After the bear tells S Club 7 that no human people were allowed in their city, Bradley asks the bear if they can meet the king, so the bear decides to take them to the king's building where they meet the bird who tells S Club 7 that the king is in a bad mood because he was looking forward for a game of football where he is known as the undisputed grand champion, but it was cancelled due to his referee being ill, but Jon eventually agrees to volunteer as the referee for the game and discusses it with the king who is revealed to be a lion.

Just as S Club 7 arrive back at the hotel they were hiding, the relic magically went back to Santa Eulalia del Rio, the group then realized that the relic can't be given to someone else unless it's owner vows to give up the relic or if it's owner passes away, so the group go with their second suggestion. After S Club 7 disguised themselves, they later at night find Miguel Delgado, who seemed to have already recovered from memory loss. S Club 7 then apologize to Miguel about knocking him out and giving him amnesia and hopes that he can call off the crowd for chasing them, bu Miguel then revealed that the crowd were really mad at him for stealing S Club 7's spotlight. The next morning, Dean tells S Club 7 that they've become a huge and great success across the globe and now they get to go back to England. The film ends with S Club 7 waving goodbye to Dean.

The production of the film began in October 2019, the animal character concepts began that time along with the character animation and stop motion animations of the screenshots from Hollywood 7. Sam Guy designed the animal characters and animated them and did the voice casting for each of the animal characters who had speaking roles, although Kevin Blackton who voiced the panda in the film already died in July 2017, his past voice recordings were reused for the character. The re-usage of Live-Action scenes started in January 2020 just as the animated scenes were already completed that time. The Live-Action scenes and the animated scenes were then merged together to make a feature film and then released direct to DVD in late January 2020 and sold ten copies across West Yorkshire.

The Characters who don't have speaking roles are Hyena, Gorilla, Kangaroo, Wolf and First Aid Camel. 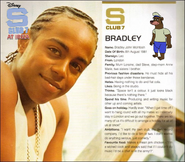 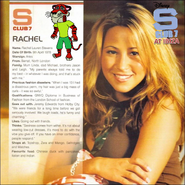 Add a photo to this gallery

Retrieved from "https://sclub7.fandom.com/wiki/S_Club_7_At_Ibiza?oldid=5783"
Community content is available under CC-BY-SA unless otherwise noted.